In an age of adventure and exploration, only your guidance will keep the Grophs safe from danger and disaster. 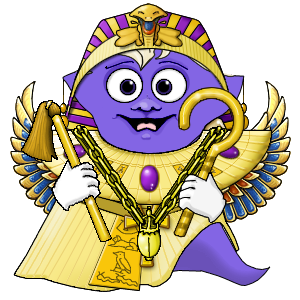 Not interested in breeding, dressing, or collecting? Puzzles too hard for you (or you just don't have the time)? If you are all about being the best then Grophland still has a lot to offer you.

Grophland has a system of one-player and two-player battles available in the Arena. In one player battles your Grophs can take on a variety of dangerous foes (like the one shown to the right), while in two player battles you can challenge the Grophs of other players. With a wide variety of weapons and armour, many with special abilities and elemental traits, and leagues of combat winners, there is plenty to do in the battle line. 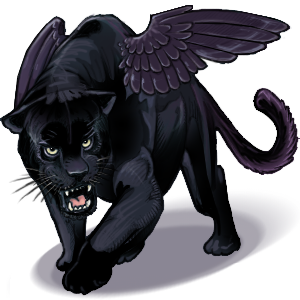 If battle takes your fancy you'll want to invest in top-notch weapons and armour from the Golden Arena. There are hundreds of items that can be used in battle, here's a taster.

Want to know how you get to the top of the battle leagues? It is all about training your Groph to have the best Strength, Agility and Health that you can. To this end we have training schools, contests, gyms, and hundreds of items that give bonuses to these vital stats.